Die Laughing Mysteries will entertain your group with a Murder Mystery that's played for fun.  You and your guests interact with REAL Movie and TV actors ...the funniest, most experienced improv actors in Texas. You've seen them on TV, at Comedy Clubs and in the Movies. In fact, you can see Die Laughing's fearless leader, EJ Nolan in the Jerry Bruckheimer movie "Glory Road" and on NBC's "Friday Night Lights." We perform anywhere you like, to make your Murder Mystery Dinner Theater Party, Team Building Activity or Murder Mystery Corporate Event a huge hit.


Happy repeat clients range from:  Continental Airlines, Shell, Chevron, and Dow to Carlton Woods Country Club and High School for the Performing and Visual Arts.
The comment we hear most often about a Die Laughing Murder Mystery is...  “This is the most fun event we’ve ever had!”
"The Best Team-Building Event... ever!" M.E. CFO, BP "You and your crew did a fantastic job!" A.P.,  Baker Hughes 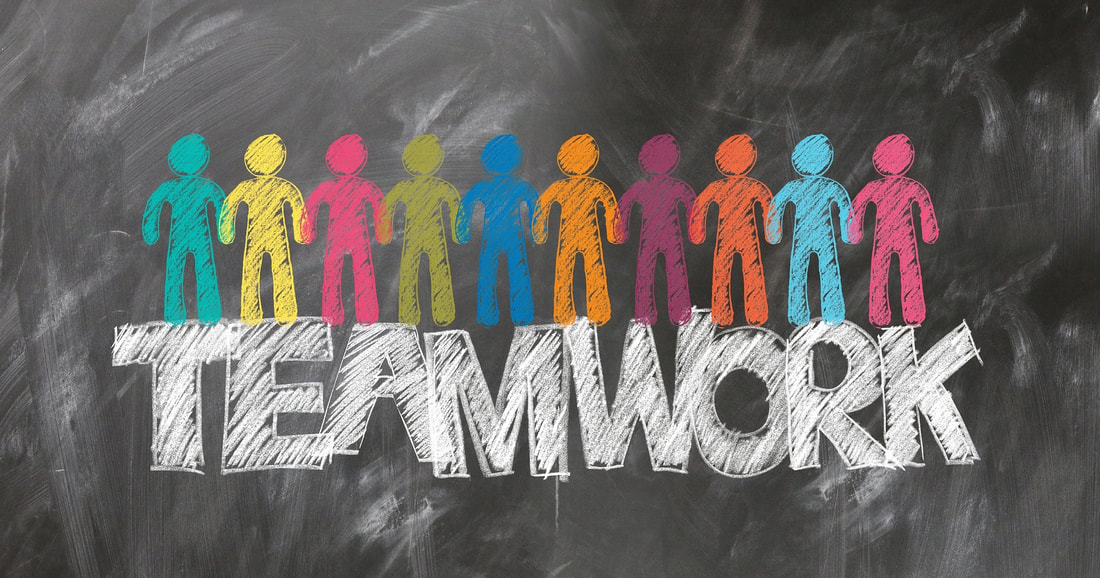 Get Interactive! Your guests interact with Die Laughing Mystery performers.  It's much more than a Mystery.  There's:  Music Dancing Singing Wild Accusations and a chance for everyone to "get in on the act."  The more your guests get involved, the more fun they'll have!   Check out our "Sure Fire Scenarios."   We incorporate "Confidential Information" supplied by you (or the office gossip) into the performance.
Teams race against the clock and compete against each other to beat 60-second challenges...with often hilarious results. Similar to the TV Game Show, MINUTE to WIN IT, once the clock starts, the excitement mounts as teams cheer on their contestants to beat the clock. Your congenial Host is "Guy Wired," Better known as former NBA Houston Rockets PA Announcer and Network TV Actor EJ Nolan. (Or Special Guest Hosts Robin Williams, or Austin Powers) 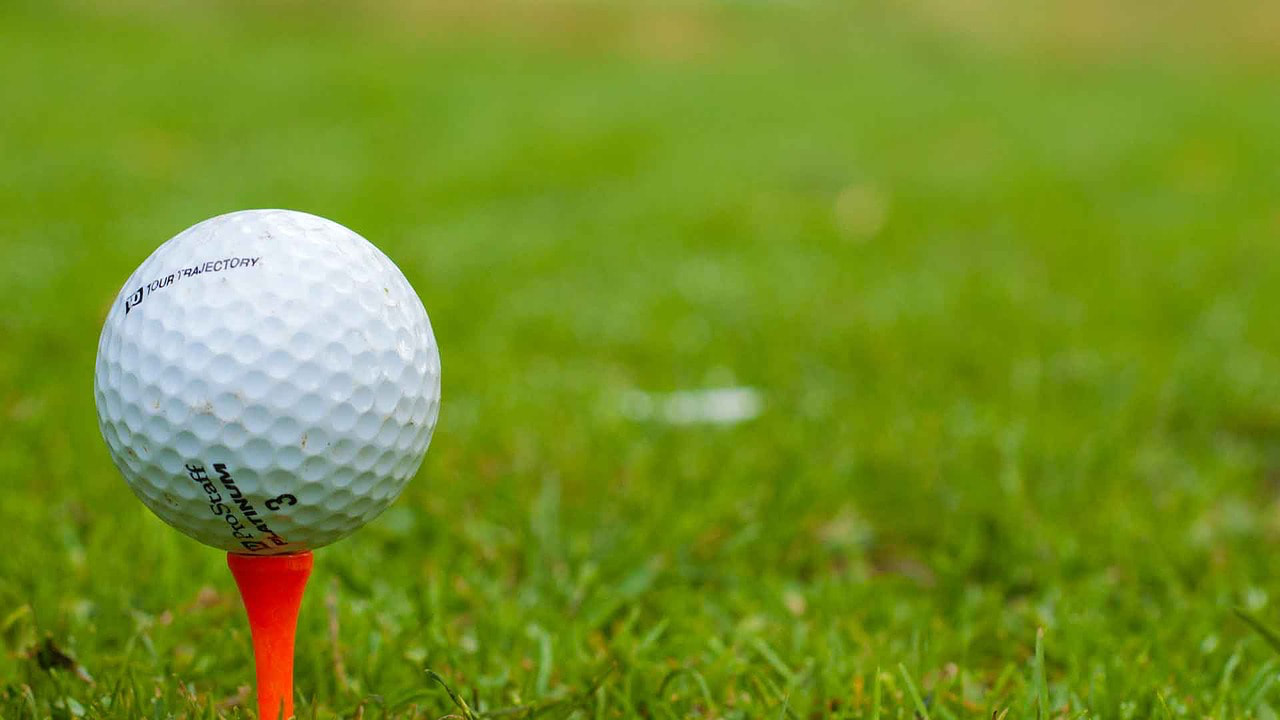 
IT'S BEEN A GREAT DAY OUT ON THE GOLF COURSE.


Too bad Arnie Rodriquez, world's most famous golfer, kicked the bucket on the 17th tee.    *Now competition is fierce to win the $100,000 Sports Personality of the Year (SPOY) Award, from the Las Vegas Bookies Association.    Presenting the Award is mob figure and sporting goods mogul Sal Caputo.   He started the SPOY Award to get away from accusations that he "fixed" sporting events.
Among those competing are (Insert your Colleague's name here)  Arnie's Ruthless sports agent/attorney whose clients make more from endorsements than from sports.  He can't stand Lounge Singer Vinnie Martino, who sang "I'LL BET THERE'S NO GAMBLING IN BASEBALL."  A dark horse contender is sports innovator KC Kite, inventor of the floating golf ball.
But Arnie's bimbo widow is "way out in front " (literally). Conchita "Connie" Rodriguez will lobby loudly for her husband to win - even though he's dead.
What would they do to win? That's the Mystery.  Would anyone go as far as ... MURDER? Probably. 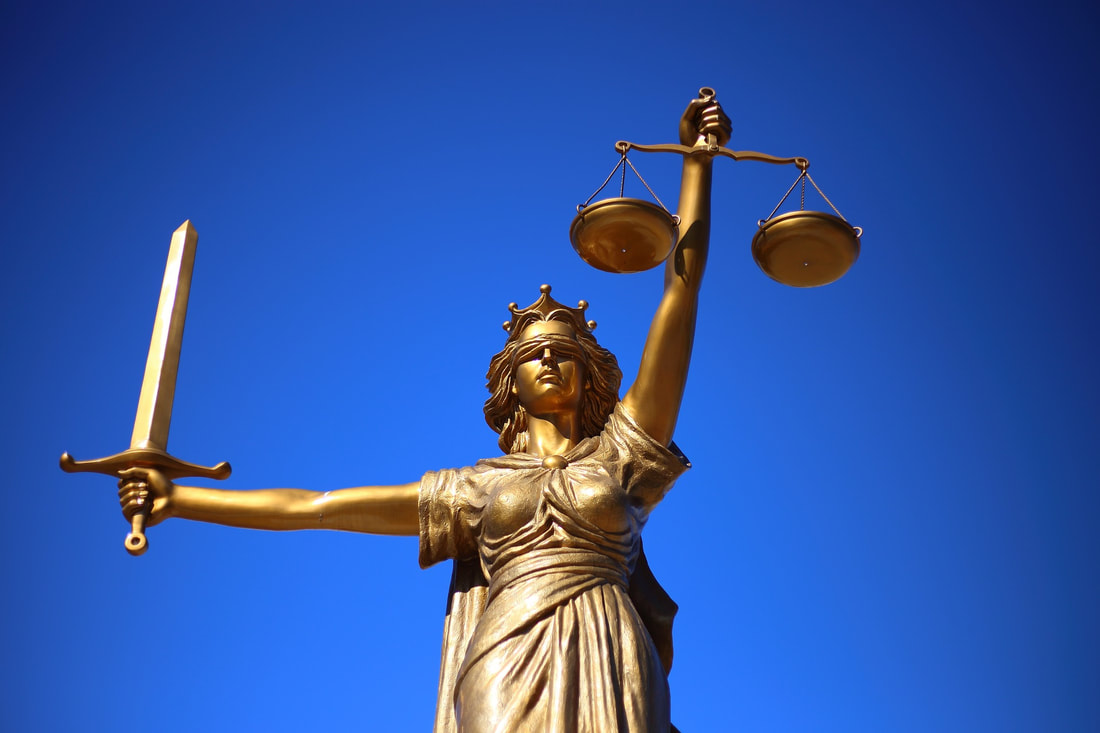 Six Legged Justice!
or... "Lovers, Lawyers and Ladybugs"
Everyone's buzzing about the $1000-a-plate dinner for Senator Fred Billingsworth’s campaign kickoff.
Too bad Fred’s eccentric patron, Dame Enid Flemby “kicked off” yesterday during the  hazardous “bee release” at her Insect Rights Rally.  Dame Enid started the "Insect Rights" organization B.O.W. T.I.E. - "Beautify Our World - Treat Insects Ethically.”
Luckily, Senator Fred’s flamboyant attorney Mort "The Sport" Drucker (Played by one of your Colleagues) arranged to funnel Dame Enid's fortune into Senator Fred's Campaign.  But Sonny "Pro Bono" BrokenArrow, Insect Activist/Folksinger has other ideas.  As President of BOW TIE, he wants to use the money to “Free the Fleas!”
Sonny’ll have to wrestle the booty from Fred's wife, Fundraiser Extraordinaire "Babs" Bentley Billingsworth, and Snoopy Tabloid Trash Reporter Debbie Diamond.
Would anyone really squash Enid like one of her beloved bugs? You bet your beeswax!           Great for Team Buildin 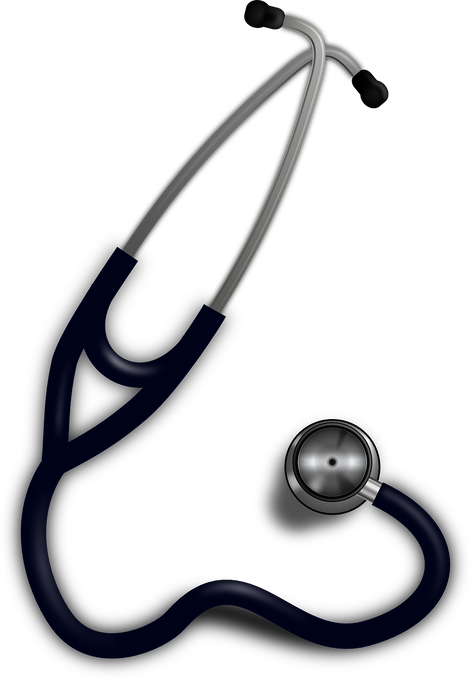 ​THE DOCTOR WILL SEIZE YOU NOW
Welcome to the HAVE A HEART ... AND A LIVER Fun Run Banquet. Everyone's excited to see who will win the "Liver of the Year" award.
The mood is festive, despite the demise of our Guest of Honor, Dr. Alphonse Astro, who keeled over during the fun run today, ending his fun… and his run. Dr. Astro developed the successful ulcer drug, Waydasec.  Fueled by funding from Dr. Ernest "Ducky" Duckworth he was Co-founder of Astro Medic Pharmaceuticals and originator of the “Doc-in-the-Box” Medical Clinics
Dr. Astro, had enemies.  A health nut, he would pass other runners gloating: "Nyah nyah!  You can't catch me."  Often they would catch him and beat the living prunes out of him.  Dr. Astro refused to sell his interest in the Doc in the Box's.  Some said he wanted to pass them on to his mistress, Dr. Duckworth's Office Manager Maria Caliente.   With Astro gone, Dr. Ducky has different ideas.  His flamboyant Attorney, Jamie Youngblood has a deal worked out to sell the 9 Doc in the Box Clinics to Conrovia Medical Center Administrator Mel Farnsworthy "...over someone's dead body."
Ruthless Pharmaceutical Rep. John Hedge (Played by one of the Guests) is looking forward to the deal.  He plans to sell Conrovia pallet loads of Waydasec competitor "Tagatak."  That should be easy with Dr. Astro out of the way.
Poor, robust Dr. Astro.  He planned to make a "MAJOR ANNOUNCEMENT" tonight, but now that he’s dead, he probably won’t. This is just what the Doctor ordered, for your Houston Murder Mystery Dinner.
​ 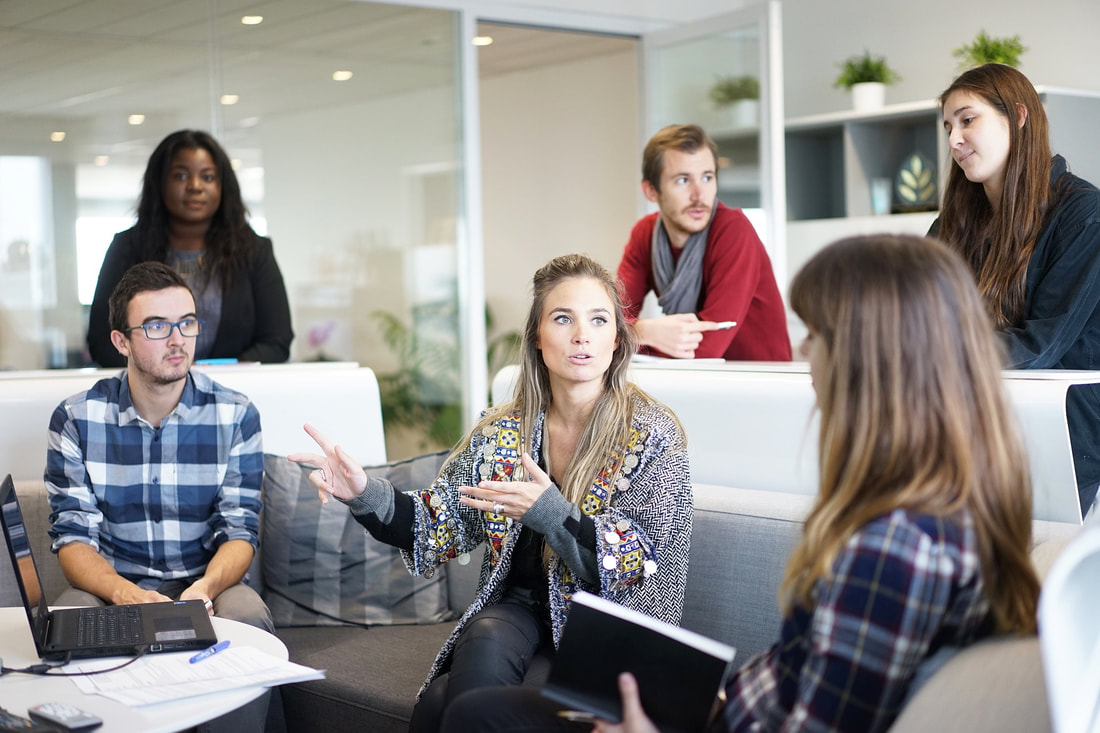 Each Performance is One-of-a-Kind
+ Customized To Fit Your Theme + Any Size Group - Any Age - Anywhere
+ Inside Info on Your Guests + Tasteful and Non-Violent + Totally Interactive - Totally Fun!
​
For More Information Contact:  Jesse Adams - 832.545.9906

Be sure to ask about more of our other shows…

Our Team is hard at work planning
A Show for your Convention, Event or Banquet... 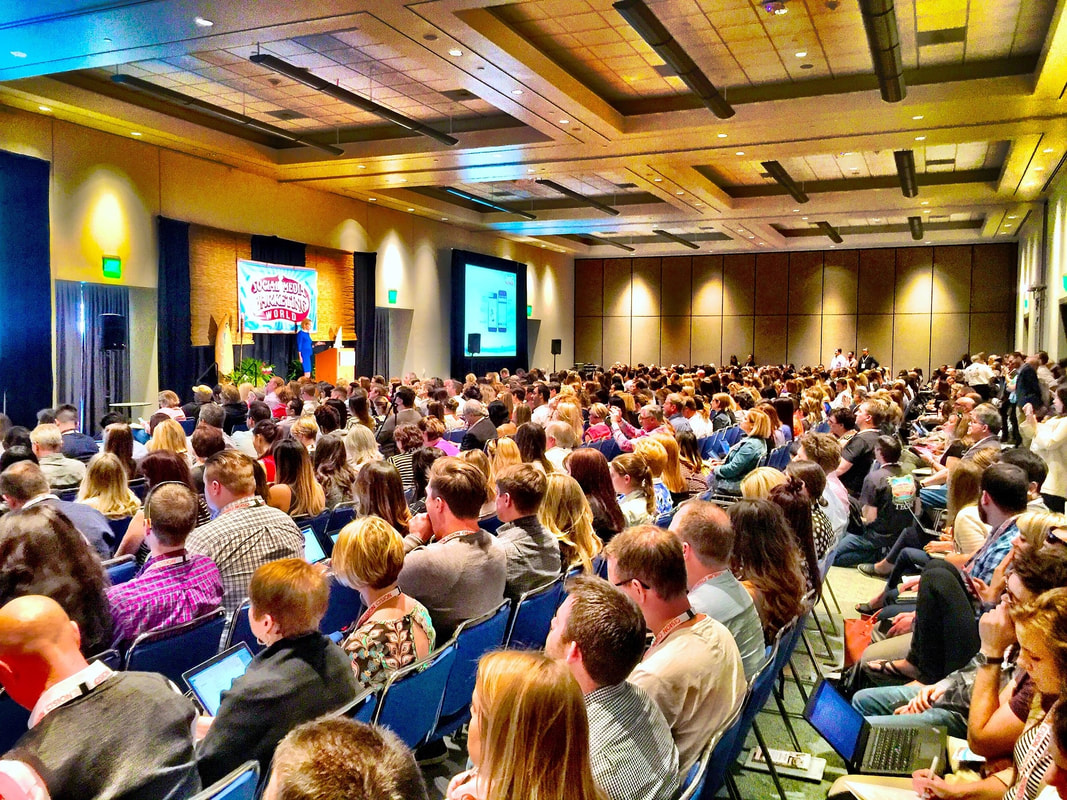 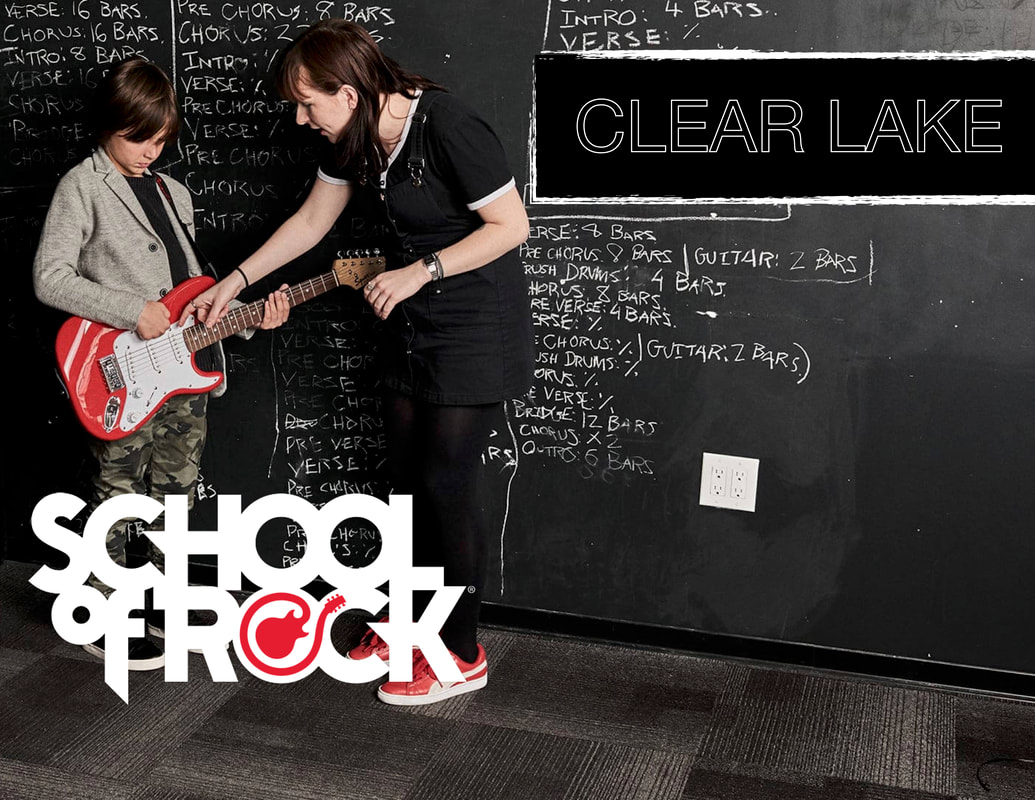 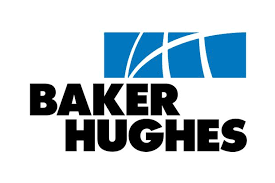 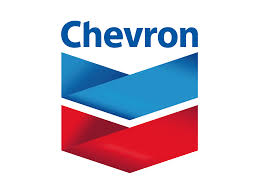